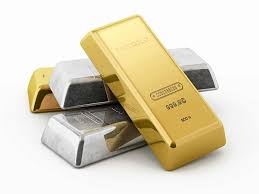 The world of financial trading and investing is complex and constantly changing. As a result, many people need help comprehending and engaging in many industries. The metal market is one form of demand that has experienced significant growth in recent years.

The World Bank anticipates that the global economy will expand by 3.1% in 2018 and 3.4% in 2019. The main reasons include more robust manufacturing and increasing international trade fueling this expansion—the ongoing growth of trading metals in the world metals market.

This article discusses the different kinds of metals in metal trading.

Metal trading involves two categories: precious and base. Compared to base metals, precious metals are more malleable, rarer, and have a higher value per unit weight. They consist of palladium, platinum, silver, gold, and silver. On the other hand, base metals, which include copper, and lead, are more common, have a lower value per unit weight, and are less malleable.

The demand for gold is relatively high across many businesses because of its unique qualities. It is perfect for a variety of uses, including jewellery and electronics. Gold is a popular material for electrical wiring and electronic components because it is a good conductor of electricity.

A vibrant gold market has developed due to the enormous demand for gold, which is a significant source of income for many nations. It is also considered a safe-haven asset for investors at times of uncertainty.

Another most valuable metal in the world, silver, has been used for many years. Silver is trendy on the market right now for two reasons. This soft, white, glossy transition metal has the best electrical conductivity, thermal conductivity, and reflectivity of any metal, making it a popular choice for industrial applications. The second justification is that, like gold, silver is regarded as a secure investment during uncertain economic times.

Platinum is a valuable commodity due to its high demand and rarity. Grey-white in colour, platinum is a solid, malleable, corrosion-resistant metal. It is also a well-liked transition metal that has earned a reputation for being durable and wear-resistant.

Although it is frequently used in jewellery, it also has many industrial uses, including in the production of electronics and automobiles. Catalytic converters are used to lower car emissions and are made from platinum.

Palladium has recently risen to the top of the list of precious metals in demand worldwide. Palladium has several advantages as an investment, such as a low correlation to other asset classes, a relatively low price, and various industrial applications.

Catalytic converters, used in cars to reduce pollutants, also heavily rely on palladium. In addition, it is utilised in jewellery, dental equipment, electrical contacts, and electrodes.

A common metal with a lengthy history of use is copper. It has many different applications. Heat and electricity are both well-conducted by metal. Additionally, it resists corrosion, making it suitable in several fields.

Numerous causes, such as population increase, urbanisation, and the requirement for infrastructure development, are driving this demand.

Lead is the non-ferrous metal that is utilised the most and is crucial to many different sectors. In addition to leaded gasoline and radiation protection, it is a necessary ingredient in producing batteries, cable sheathing, solders, pigments, and glazes.

Due to its endurance and resistance to corrosion, lead is frequently found in old structures like homes and buildings. Lead is still used in several nations even if its use in new buildings has declined due to health concerns.

Thus, these are the different kinds of metals involved in trading metals. So, before investing or trading, look for high-demand and usage metal. Also, refer to statistics and research reports to learn about metal usage and the anticipated future growth.

The difference between studio headphones and regular headphones

Know Shunt - August 27, 2021 0
While looking for headphones, you might have seen that many headphones manufacturers have written a specific term after the name of their headphones. The...

Mubashir Khatri - February 22, 2022 0
To use Roadrunner email, you must sign in to the site. You can go to TWC Webmail Login by going to roadrunner.com and typing...

All about alternative outfits 2022 and Alternative clothing stores online

Know Shunt - February 14, 2022 0
Clothing which is not part of mainstream commercial fashion business is referred to as alternative fashion, and there are multiple alternative clothing stores online....

Know Shunt - August 19, 2021 0
As strange as the name of the site, F95Zone is one of the most popular adult communities to help you build better relationships and open...

Know Shunt - January 14, 2022 0
Fashion trends always remain in the talk. It is a topic that everyone loves to discuss at every forum. People from all races and...