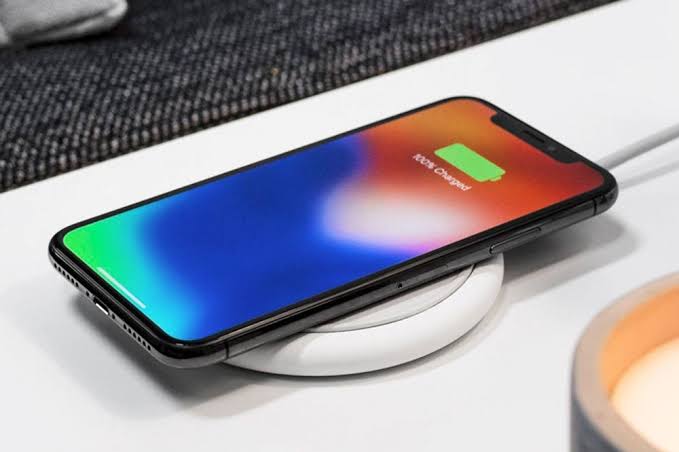 Our intelligent editors tried to explain the wireless charging process and clarify some misunderstandings. In addition, we have gathered information regarding induction charging from various tech journals and blogs to make our points reliable and trustworthy. There are many phone gadgets that make your device support wireless charging.

In this blog, you can know the wireless charging compatibility of your phone and get justified answers on whether you should adopt this modern technology or not.

What is Wireless Charging?

Wireless Charging, also known as Induction Charging, is a futuristic and cable-free way to charge your electronic devices. It requires two things: a charger, usually in the form of a puck, a mat, or a stand that connects to a power source, and a smartphone, smartwatch, or other electronic devices that are compatible with wireless charging.

According to David Green, a researcher, there are mainly three types of wireless charging. There are charging pads that use tightly-coupled electromagnetic inductive or non-radiative charging; charging bowls or through-surface type chargers that use loosely-coupled or radiative electromagnetic resonant charging that can transmit a charge a few centimeters; and uncoupled radio frequency (RF) wireless charging that allows a trickle charging capability at distances of many feet.

Both tightly coupled inductive and loosely-coupled resonant charging operate on the same principle of physics: a time-varying magnetic field induces a current in a closed loop of wire.

A magnetic loop antenna (copper coil) creates an oscillating magnetic field, which generates a current in one or more receiver antennas. If the appropriate capacitance is added so that the loops resonate at the same frequency, the amount of induced current in the receivers increases. This is resonant inductive charging or magnetic resonance; it enables power transmission at greater distances between transmitter and receiver and increases efficiency. However, coil size also affects the length of power transfer. The bigger the coil or, the more rings, the greater the distance a charge can travel.

For example, in the case of smartphone wireless charging pads, the copper coils are only a few inches in diameter, severely limiting the distance over which power can travel efficiently.

Is Wireless Charging Bad For Your Smartphone?

So, if not managed properly, the heat generated by wireless charging has the potential to damage the batteries of your smartphone. The wireless charging technology is enhanced with charging standards like Qi and has strict guidelines to address heating issues.

Any Qi-certified wireless charger should regulate the charging speed for better heat management. In simpler terms, if a Qi-certified wireless charger detects that excessive heat is produced, it will reduce the charging rates to lower the heat output. Lower energy output results in lower heat production, so your phone will remain safe. In practice, wireless charging is almost alike in the case of safety to traditional wireless charging. However, the Qi specification includes strict design and thermal regulation requirements to prevent device damage while being charged continuously for a more extended period of time.

All Qi-certified devices dynamically adjust setting output to avoid excessive heat build-up and have built-in safety features to ensure limited radiation of harmful rays .it is designed ergonomically to provide less heat emittance when two compatible devices are placed nearby. Additionally, the electromagnetic field created by a wireless charger poses no danger to humans.

Fast Charging doesn’t deteriorate the battery health as much as you have heard from many people. Though there is an inherent negative effect of fast charging on batteries, this is also unavoidable in the case of wired charging. Wired charging also poses some threat to the phone’s batteries.

For many people, overnight is the most preferred time to juice their devices up. However, some people worry that extended charging periods can cause overcharging and potential battery damage. While this may have been true in the past, modern smartphone batteries are thoughtfully enhanced with a built-in battery management system that turns off the charging power to the battery as soon as it gets charged to a hundred percent. No matter how long the phone stays on the charger, it will not receive the charging current, eliminating the risk of overcharging. This applies to both wireless and wired charging types.

All forms of charging affect your phone’s battery because the proportion of original capacity that a battery can retain is reduced by around 20% after 500 charging cycles. According to industry research on electric vehicle batteries, the depth of discharge—how much of a battery’s capacity is used between charges—can significantly affect its lifespan. Therefore, keeping a battery topped above 50% could result in slower degradation and be less harmful than letting it drain to 5% before charging. In addition, wireless charging is more convenient as it is easier to charge your phone on a charging pad several times throughout the day and keep it juiced up above that critical 50% level, rather than relying on a full day of battery before plugging it in at home.

Good design and electrical engineering can keep heat levels low enough to prevent battery damage. Both Qi-certified wireless chargers and smartphones must regulate charging output to ensure that excessive heat build-up does not occur in a phone’s battery while setting. In addition, using Qi-certified wireless chargers constructed using high-quality components will ensure that there is no damage caused to your battery during charging.

Does My Phone Charge Wirelessly?

If you want to know about your phone’s compatibility with a wireless charger, you should thoroughly review its setting options. You also can read it manually to get an overall idea about its adaptability for wireless charging.

With Apple finally adopting the native wireless charging to its iPhone lineup, it will become more widely accepted, both among consumers and corporations.

Apple prominently uses the Qi specification, which uses inductive charging technology, for its most renowned iPhone 8 and iPhone X lineup. Likewise, Samsung committed to the exact specification for its flagship Galaxy smartphones; about 90 smartphone models use Qi technology to make it the industry’s most popular based on charging standards.

To know more about the latest technology, keep following our tech reviews on our site.

Know Shunt - February 28, 2022 0
Environment of a school matters a lot for the successful growth of a student. It is very similar to the work atmosphere in any...

What Are Some Tips For Sleeping Well During Periods

Know Shunt - January 30, 2022 0
For women who are not used to sleeping through their periods, sleeping during your period is a challenge. It is difficult to fall asleep...

You Can Boost Your Dissertation’s Excellence By Editing

Know Shunt - June 15, 2022 0
Although you've put in countless hours and shed significant tears, you're almost finished! When you're close to accomplishing your objectives, being alive has never...

Will airport transportation at JFK ever rule the world?

Know Shunt - September 19, 2021 0
Black Car Service has a good name in the transport industry. But what would you say when it comes to JFK transfers? What will...

Know Shunt - October 17, 2022 0
Buying understands no season, no factor. Its actually one of the commonest tasks of today generation. Nowadays, the classy shopping center are attractive plenty...