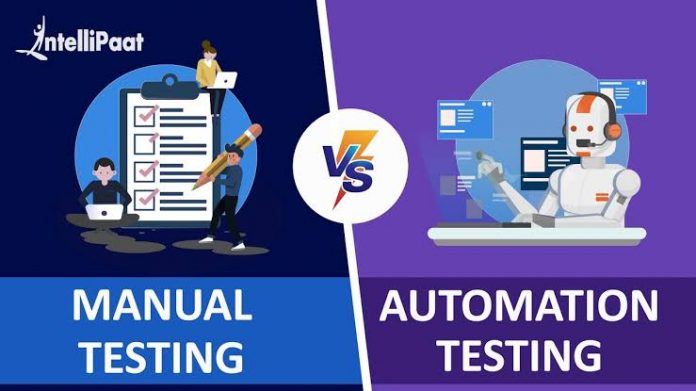 Manual testing: What is it?

What is testing via automation?

Testers create code or test scripts to automate the execution of tests in automated program testing. To create test scripts and validate the product, testers need the proper automation tools. The objective is to speed up the test execution process. To compare actual outcomes with projected results, automated testing solely relies on pre-scripted tests that execute automatically. This makes it easier for the tester to assess whether an application functions as planned. Without the assistance of a manual tester, automated testing enables you to carry out repetitious tasks and regression tests. Although all processes are automated, the initial testing scripts for automation still need to be created manually.

Read Also: All one needs to Know About Opals

Black box testing: This sort of testing only requires that the functionality be verified. Since it is hidden from the QA/testers, it does not require coding skills.

Integration testing: This sort of testing involves connecting several modules and tests to examine how they interact.

System testing: With this kind of testing, we examine the functionality of the application. In this sort of testing, we evaluate a single module to identify flaws earlier in the development process. A fault can definitely be fixed if it is discovered early on. Developers carry it out.

Acceptance Testing: This form of testing requires that we take the end-acceptance user’s into account. Only if the program meets the requirements will the end user accept it.

Testing categories that could be automated.

Load testing: Since automation is appropriate for it, we can use it. The application is put through testing under load to ascertain how it will behave.

Performance testing is done to test functionality and performance, so it may be included in automation.

Testing categories that cannot be automated

Exploratory testing: Due to the lack of sufficient detail in the requirement specification document, this sort of testing necessitates the use of competent testers. To test the test cases, the tester must apply his abilities and expertise.

Usability testing: When conducting usability testing, the tester must consider the perspective of the end user and evaluate how user-friendly the application is. A tool cannot truly think like a human.

Ad-hoc testing: Since the term “ad-hoc” implies that it is unplanned, a tester is crucial.

In the vast field of testing, manual testing still has equal weight to automation. There are numerous testing types for which we must choose between manual vs automated testing solution. Tool scripts are manually created. The tool is manually created; although it doesn’t need human intervention, it does need an instruction from a person. The restriction of any machine is that it can only perform the tasks that are specified for it (or sometimes advantage as it can not act smarter than us). Although automation solutions currently have several drawbacks, they will eventually develop and improve.Opkey is the market leader in ERP test automation with more than 30,000 pre-built test cases covering more than 14 different ERPs and 150 different technologies. Test automation for ERP applications is being redefined by Opkey. With just one click,Opkey’s no-code platform automatically creates the test cases you want and automates them, allowing both business users and IT to expand and automate testing operations.

The history of cabhit taxi

Know Shunt - September 25, 2021 0
Parquet Flooring Services in Dubai can give you an amazing floor look in your property, apartment, or home. This kind of flooring is quite...

5 Health Benefits Of Spring Cleaning Of Your Home

Know Shunt - June 17, 2022 0
Making room clear through spring cleaning may be a better habit but it can also be effective for your health to maintain and get...

Big Data And Its Impact On Business Industries

Why Your Homemade Firepit Needs a Full-Length Firepit Cover

Mubashir Khatri - February 28, 2022 0
For the past two years, homeowners across the world have been stuck indoors due to the COVID19 pandemic. To navigate through their mundane lives...