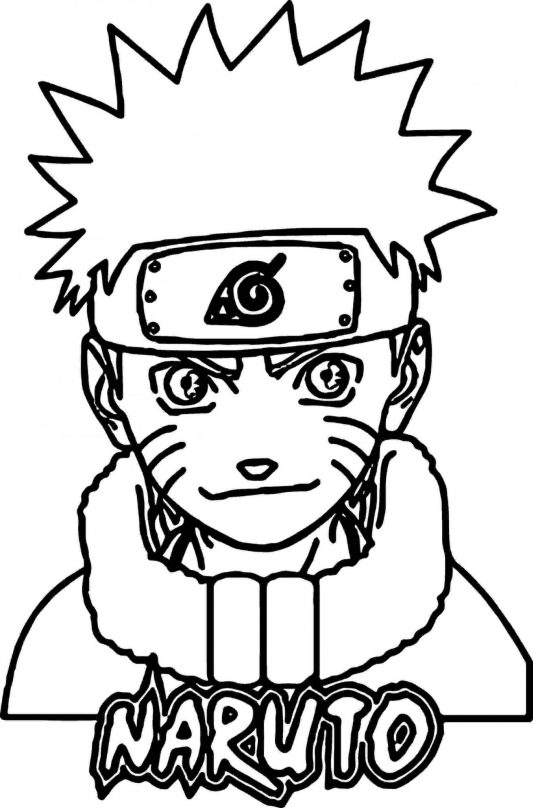 Anime is a term used to refer to Japanese manga and anime. It is also recognized as a typical and unique cultural feature of the country of the rising sun. In the world, Anime cartoon series also receive a lot of love from adults and children. Children are often very interested in this type of cartoon, not only because of the exciting stories, the characters possess impressive abilities, but also for creating outstanding and eye-catching characters. Therefore, parents can ask their children which character they love to choose Anime coloring pages according to their interests. Whether children follow manga or anime, these characters are always attractive to children. And maybe Naruto and Ichigo coloring pages will be suitable options for children’s interests that parents can refer to.

The story of the Naruto anime in Japan begins when a Nine-Tails Fox attacks Konoha, causing terrible destruction both in terms of wealth and human life to the Village. At this time, the leader of Konoha, the Fourth Hokage Namikaze Minato, gave his life to destroy the beast and sealed it into his son’s body. Before he died, he wanted the villagers to respect Naruto even though his body contained the Nine-Tails.

However, Naruto’s childhood did not pass smoothly. He grew up without a mother, without a father, and had to endure alienation from the people of Konoha. They feared Naruto’s demon fox body and vented their anger at him as if he were the monster. The Third Hokage has made a rule that prohibits people from discussing or mentioning the attack of the Nine-Tails. But this doesn’t stop people from seeing Naruto as an outsider. Naruto performed many mischievous tricks to gain attention and recognition from the villagers. When Naruto graduated from the Ninja Academy, he discovered two truths: the Nine-Tails Fox was sealed in his body, and the Third Hokage cared about him. After this event, Naruto’s worldview gradually changed and was redefined completely. Naruto and his two friends, Uchiha Sasuke and Haruno Sakura, under the supervision of Kakashi-sensei Hatake, set out to adventure, discover, and enhance their powers. Along the way, Naruto learned many new moves, met many other characters, and learned more about villages other than Konoha. Sasuke Uchiha’s decision to follow Orochimaru out of hatred for his brother and wanting to increase his power caused Naruto to leave the Village to find and bring back Sasuke. The story’s development becomes more and more enjoyable, thrilling with many more significant challenges. Not only must he find Sasuke, but Naruto must now fight a mysterious organization called Akatsuki, who is pursuing him to take away the Nine-Tailed Fox.

I’m sure everyone will love this character if anyone has watched the movie or read the Naruto manga. That naughty, lively and lovely boy has many attractive points for readers and viewers. We will admire Naruto for his will and determination when doing anything. We’ll be startled every time Naruto screams that he will win, will become the Hokage of Konoha and will protect his close friends. He believes in himself and believes that he will not fail. More than that, he has a loving heart. Born not in his father’s warm arms, in his mother’s love, and raised in the estrangement and alienation of everyone in the Village, Naruto had an unhappy childhood. The loneliness, lack of affection, more than anyone else, Naruto felt very clearly. Is that why he always yearns to be loved? Naruto is a talented ninja, a great friend, a hard-working student, a man of constant striving, and a Naruto who knows how to assert himself.

Read Also: How to get more LIKES on Instagram in 2022?

Naruto coloring sheets are fun for kids to develop creativity, concentration, fine motor skills, and color recognition. If you and your kids love Konoha ninjas, you can provide them with our free Naruto coloring pages so they can get creative with the characters. Our character’s coloring pages offer adults and children hours of entertainment after stressful school and work hours. Many adults love Naruto characters; this is also an opportunity for everyone to create beautiful pictures of their favorite idols and characters. Parents can inspire their children’s passion for a movie or nature to discover the features and attractions why parents and people love such a movie. Our coloring pages products are not simply tools for children to learn and have fun with but also lessons to explore.

Ichigo coloring pages: It is The orange-haired grim reaper from the Japanese anime

Over a decade ago, Tite Kubo developed Ichigo Kurosaki and had no idea how popular the hero would become. Thanks to his orange hair and stern demeanor, he is one of the most recognizable heroes in anime history. Ichigo is on par with legendary warriors like Luffy and Naruto. Aside from Ichigo’s little quirks, much of his backstory has never been adapted into an anime series. Bleach’s character Ichigo Kurosaki accidentally got Rukia’s Shinigami powers, so he had to take her place as a god of death. Later, when Ichigo lost all of the Shinigami powers he took from Rukia, he risked his life to regain that power. Young man Ichigo Kurosaki accidentally got Rukia’s Shinigami (Death) power. Even though he didn’t want to, with his kind nature, always helping others, he had to replace her as a god of death. Each god of death has a Zanpakuto with unique powers and characteristics. They are nothing more than a Japanese katana sword when they are in their normal state. Gradually, the sharpness of each blade will be forged by the soul of its owner. Experiencing many battles against dark forces and evil Hollows to protect his friends and family, Ichigo grows stronger each time he learns new skills.

It is true that every anime character or Japanese story we all find difficult to understand because of Japanese concepts, terms, or strange magic, but when we go to learn or learn, When we look at the movies, we find those exciting stories exciting. Japanese anime movies and anime characters are always prominent in the story. Still, it is the journey of superpowers, magic, and supernatural art. If anyone or any child has always loved Japanese Anime, Ichigo is an indispensable character. Ichigo coloring pages include detailed black and white images of Ichigo characters; Japanese anime characters are always built by perfect sophisticated lines from hair, face, and costumes. If anyone loves Japanese anime, they must also love the impeccable sophistication of the characters. Ichigo coloring pages are a gift for fans of Japanese anime. Moreover, they can color and create new images for their feelings by themselves. Coloring pages help improve coloring ability and develop each person’s creativity. It will be interesting if your family chooses anime characters as the theme of coloring in your spare time. That will be rewarding and enjoyable for both adults and children.

Things To Know When Buying A Wakesurfers Board

Mubashir Khatri - February 7, 2022 0
Wakesurfing is a water sport that has become increasingly popular in the past few years. In this sport, a rider trails behind a boat,...

Otterbein Email: How do I Connect to Wifi on My Computer?

Mubashir Khatri - April 17, 2022 0
To send an email from Otterbein, simply sign in using your Username and Password. When you are logged in to Otterbein email, you will...

Mubashir Khatri - February 22, 2022 0
To use Roadrunner email, you must sign in to the site. You can go to TWC Webmail Login by going to roadrunner.com and typing...

Know Shunt - August 15, 2022 0
These days smartphones have become an integral part of our lives. We use them for daily communication with family, friends, and colleagues, clicking pictures,...

Know Shunt - August 29, 2021 0
The days are long gone when you could just post some text to your site and expect people to show up. Content is so...